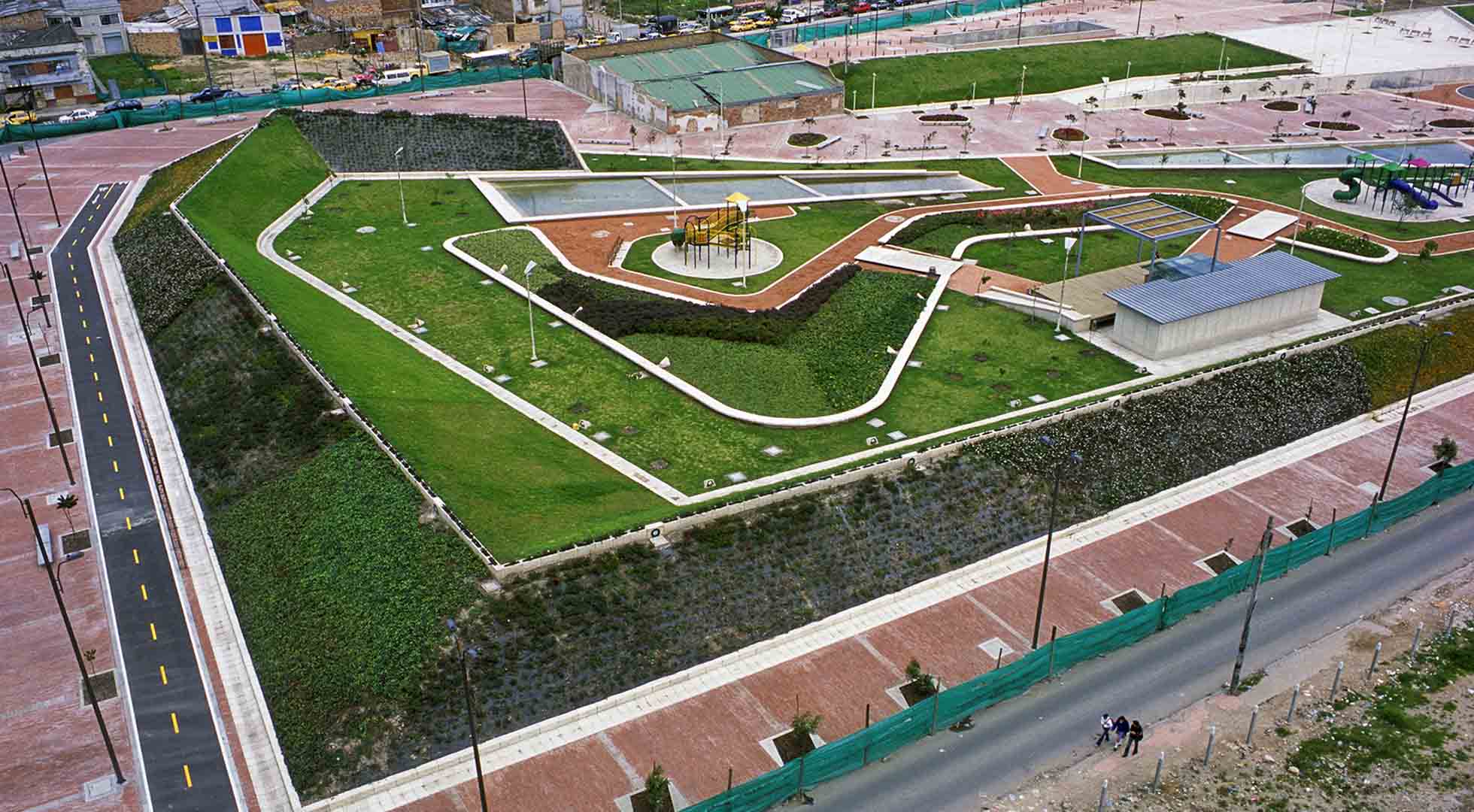 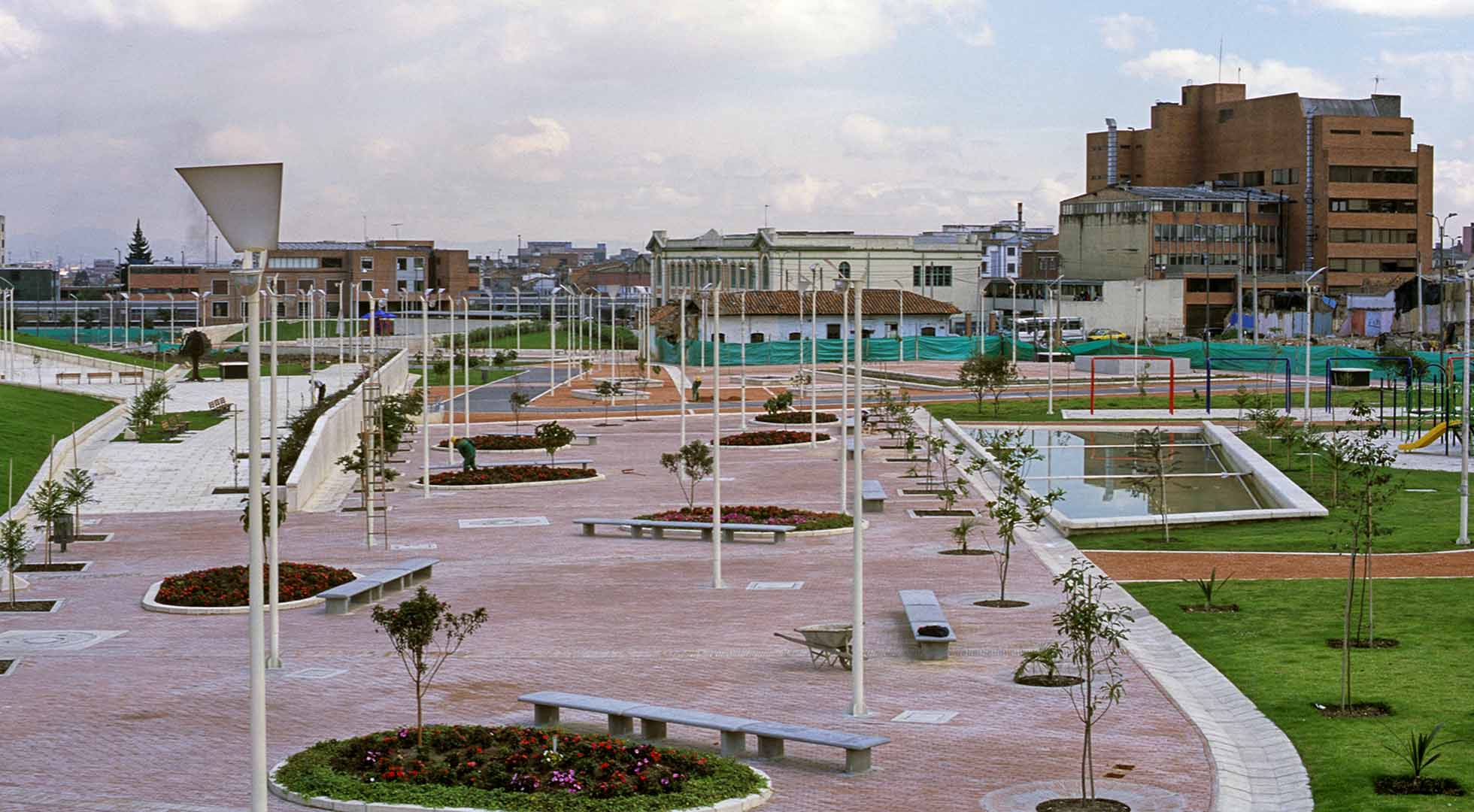 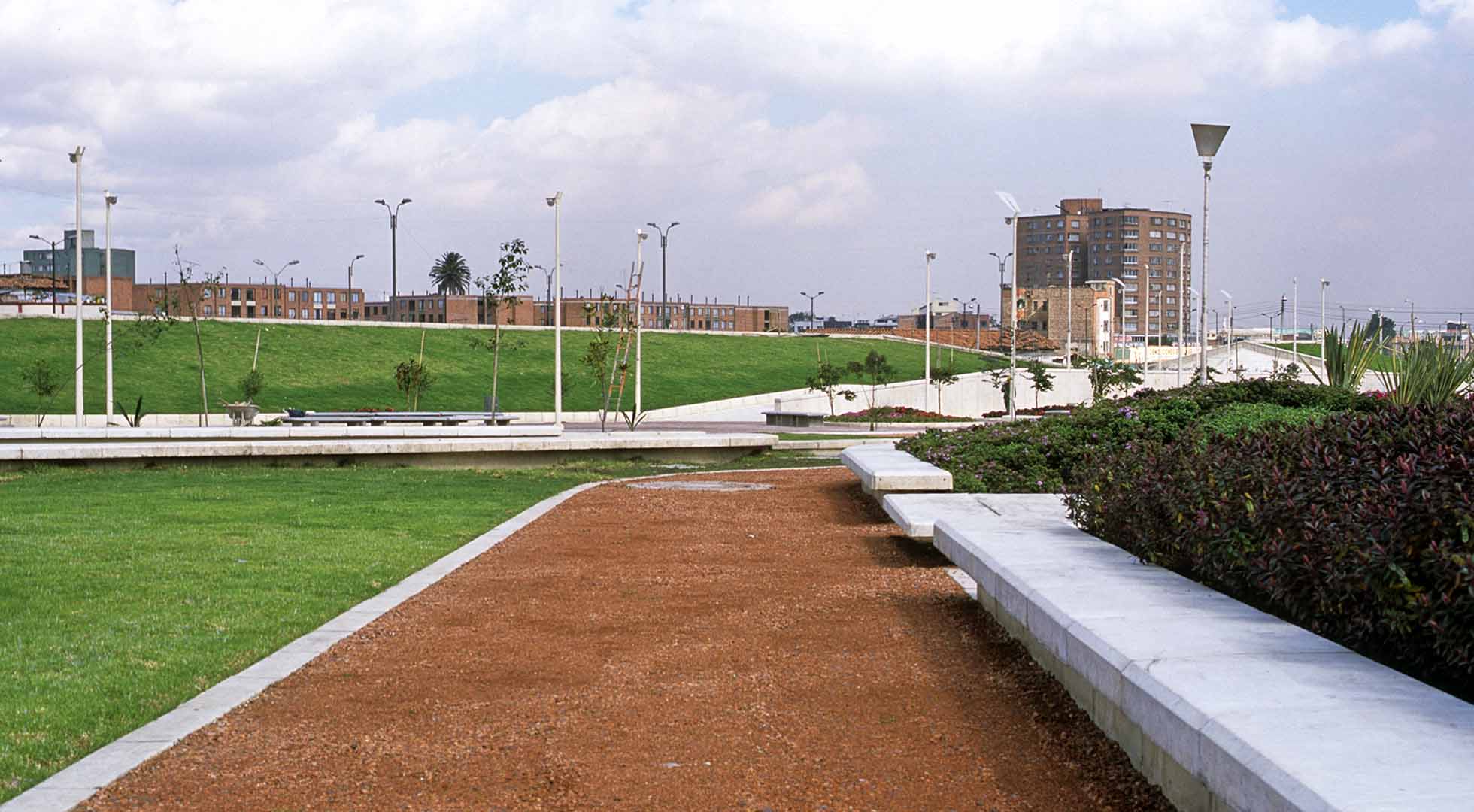 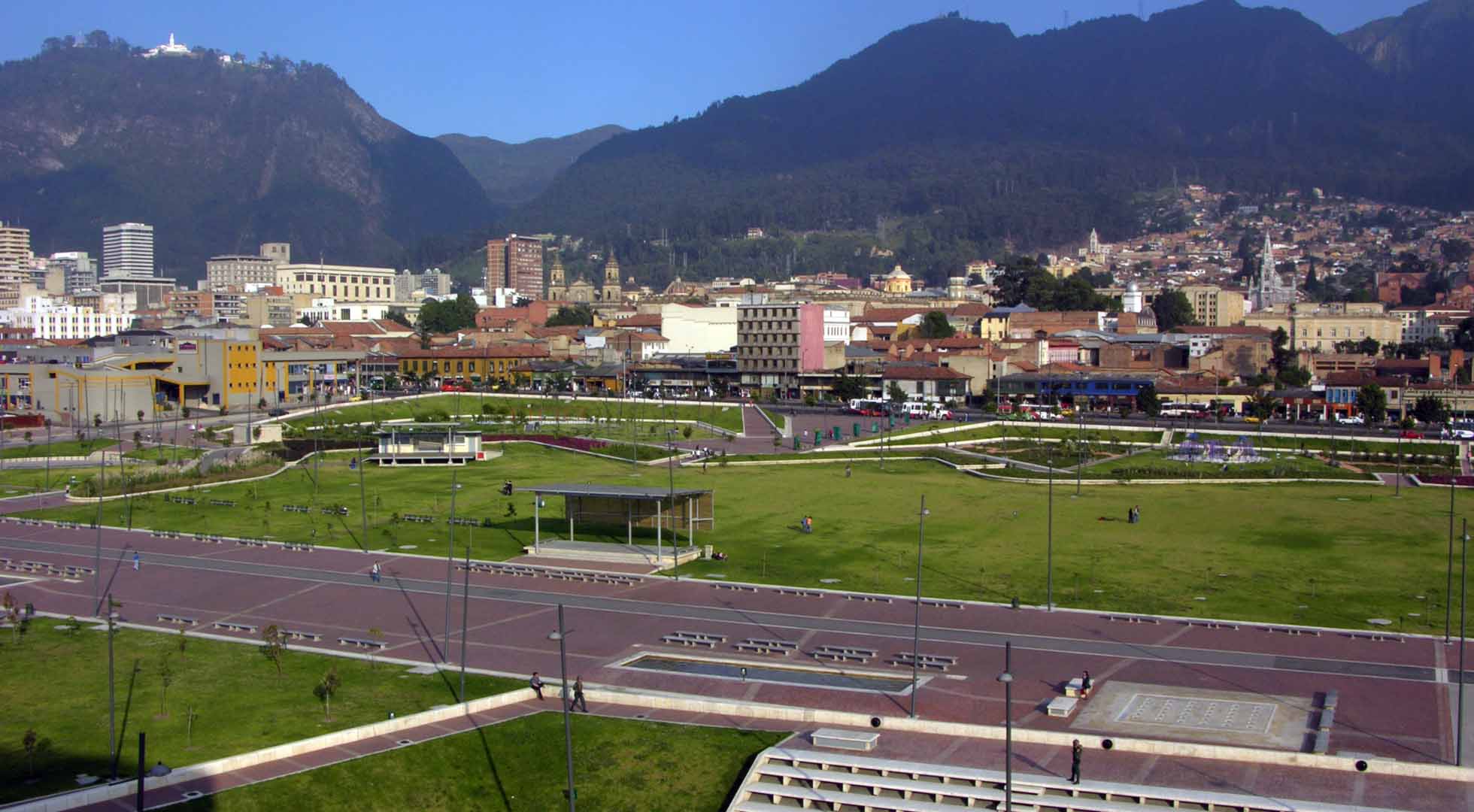 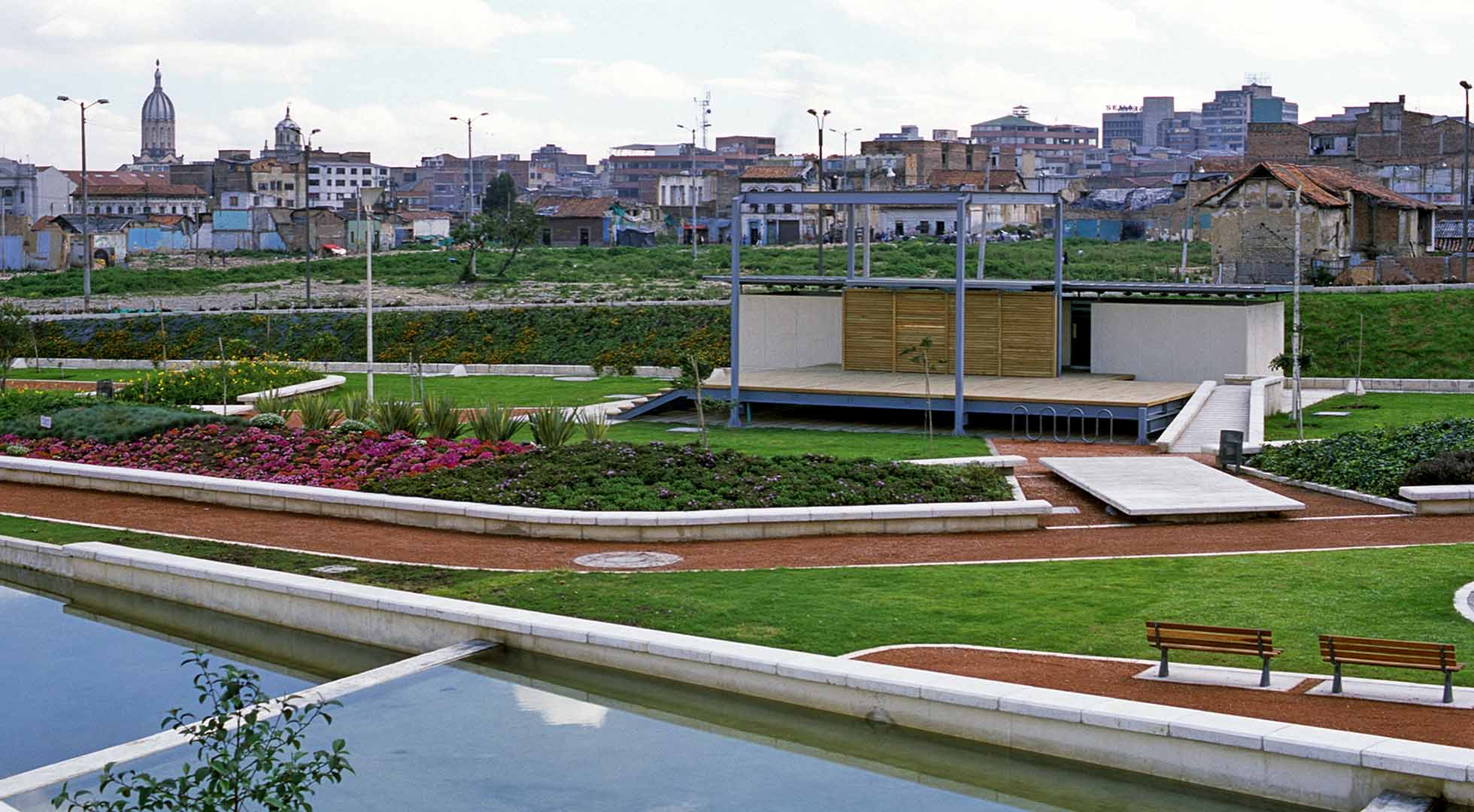 The park is located on the site of what was formerly known as La Calle del Cartucho (Cartridge Street), which was one of the first areas affected by the city’s urban regeneration process. The park is located in the Barrio Santa Ines, between Carrera 10 and Avenida Caracas 10th Street and 6th Street. It has an area of 16.7 hectares, comprised of 640 properties of which 80% were purchased by the city’s Urban Renewal Office. The park has a very specific area zoned for entertainment without discrimination. There are variety of playgrounds for tennis, basketball and football. The aim of the design is to make space for all - children, youth and adults. A park without fences, Third Millennium is one of the few wide-open public spaces that exist in the city. Users can access the park at multiple points, and are able to gain direct entry from almost any of the surrounding streets. Additionally, the park’s greenery plays a very important role in reducing the noise from surrounding streets, with plenty of traffic.

The Tercer Milenio was designed to replace 177,000 m2 of completely derelict land in the heart of the city to construct a new metropolitan park located two blocks from the main square. The park recuperated the surroundings generating many refurbishment projects around it. it also contains a large green esplanade, playground, didactic fountains, restaurants, bicycle paths and is surrounded by talus. 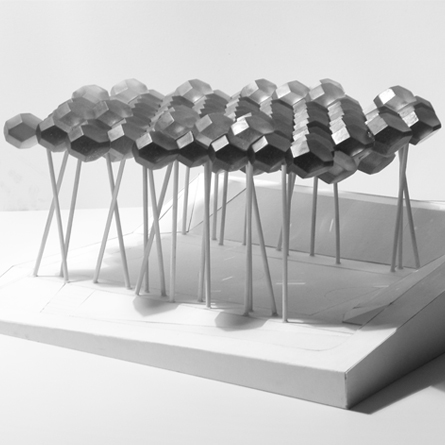 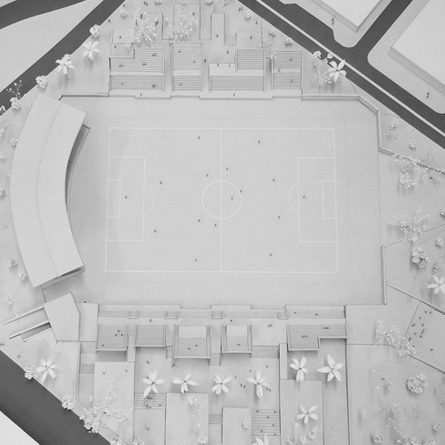 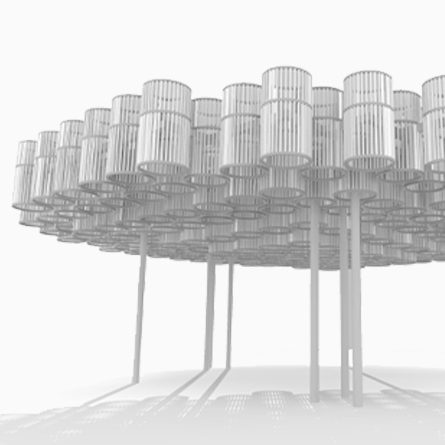