The university master plan defines itself as an educational park, to this idea i show our project is directed; an open system building, a strategy; opposed to the idea of the architectonical object put on top of the campus surrounded by vegetation, we propose a building composed by modular bands that merge on the vegetation, a place to walk through and along the trees; where the end or the form don´t exist, the building and nature behave and look the same, a space for the human and the non-human.

The project is organized similar to country crops. Is more a strategy that defines the place than a finite project; it is disposed with a set of parallel bands in which the building and nature behave and adjust to grow on time. They are structural modular pieces that are piled on and developed as an open adaptive system. Composed by modules and association patterns, able to adapt and grow to generate the new lab buildings and form a green complex. This system allows using an unfinished and undetermined repeatable strategy for the campus. 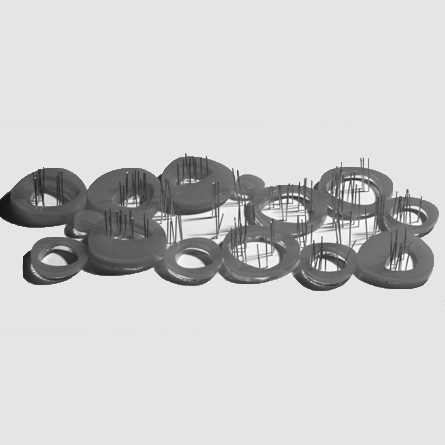 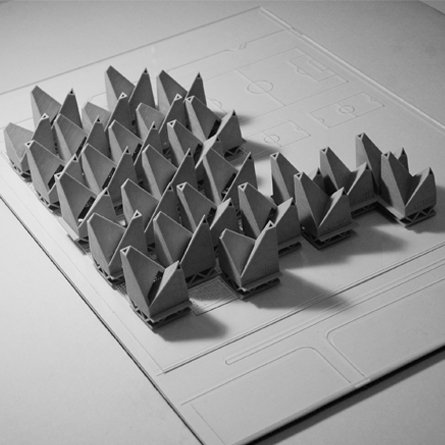 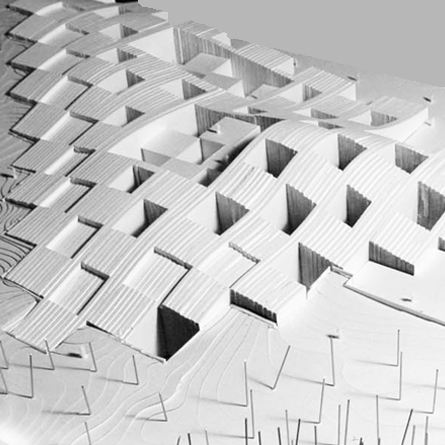